Unless this is the first article about writing ever you’ve read, I expect you’re keenly aware that there are a million – billion – trillion and five online writing experts who are clamoring to remind you of your need to, “show,” not “tell.”

At its most basic, the difference between the two is this:

Telling is information the reader perceives as though he is an outsider getting brought up to speed on someone else’s story:

“Jack’s mother was so angry and hurt by his naive actions that she sent him to bed without supper,” would be an example of telling.

Showing is information that helps the reader experience the story as though he were a character within its pages:

“Jack closed his eyes,  but he could not sleep. The hunger pangs were nothing new to him  since the coming of the famine, but this was the first time he’d made so costly an error as to cause his mother to cry silent tears into her apron on the other side of their one-room cottage,” would be an example of showing.

“So congratulations!” says the internet. “You now know the difference between showing and telling. Now, get out there, and write that novel!”

Thanks, internet. That’s… so much easier said than done.

For the record, it is one-hundred percent possible to write stories worth reading while doing lots of “telling” and very little “showing (see Jane Austin’s Emma for one, Mark Twain’s Huckleberry Finn for another or absolutely anything by Hans Christian Andersen, for shorter examples).”

Don’t get me wrong. I understand “showing” is a valuable technique in lending credibility to one’s story.

I didn’t come out of a box knowing this, nor did I first learn the ins-and-outs of “Show vs. Tell” by taking a creative writing course.

More than a dozen years ago, I got a scholarship to nursing school.

So to nursing school, I went.

And I hated it.

But I learned survival among bipolar women in large groups, and in the years since, I’ve gotten pretty good what writer-ish types call “showing” through the tedium of legal documentation.

Legal documentation is a style of writing at its strongest when it is light on opinions and heavy on objective observations.

Let’s say I’m on the witness stand, and I say, “Mr. Smith had an asthma attack” as though it was a matter of fact. 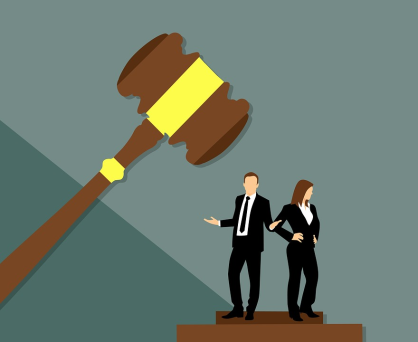 By “telling” something that seems like common knowledge to me, I don’t offer any evidence of what I observed as an eye-witness, and the whole jury has now reason to doubt my word.

On the other hand, suppose I was on the same witness stand, and I said something a little more like this:

“Mr. Smith’s breathing became rapid, and his lung sounds grew coarse. His words were barely audible over the television, but I saw his eyes dart between me and the inhaler that his daughter had placed inches from his reach during her lunch hour visit.”

While my detail-rich account may not be enough sway all twelve jury members in favor of my protagonist, it certainly builds a stronger case for my credibility as a witness.

The same skill that makes lawsuit-prone medical types keen observers of humans and their conditions is the same thing that can make you a better writer the more you can practice that skill.

But an entire book of showing sans telling is boring!

That’s why lawyers make six figures a year. Few book lovers who read for pleasure are likely to go around perusing legal documentation for fun.

As you may have guessed, I love telling. Love it! Love (practically) everything about it.

We are story tellers, damn it! We got into this racket because we like well-told stories.

And the same writer-ish types who cry, “Hey-ho, show, don’t tell,” are also some of the largest advocates for writers “finding their voice.”

Your voice lives in the balance between “show and tell,” and without it, readers can’t connect to you. They might as well be reading court depositions in Legalese Hell.

If you’re still learning what your style is and whether portions of your story are better told, not shown, take some time in the rough editing stage of your project, and try a paragraph you’re not crazy about both ways.  Maybe you’re better at telling stories because you’re a snarky, indoor kid whose sarcastic voice makes your prose more interesting the more your personality shows through. Or maybe you’re better at showing stories having been an undertaker in a past life, and your clinical approach to writing is just the thing to make you stand out among posers who think they can write accurate crime scene drama.

I guess at the bitter end of the day, those whose mantra is, “show, don’t tell,” are trying to simplify everyone’s life by making a science out of an art form. But there’s only one one, right way to write a the story, and that’s yours.

For better credentialed, less rant-like thoughts on “show and tell,” as well as other, sexy writing this-and-that, find Shaelin Bishop here and here (I have yet to find any bogus, online thingies with that lady’s name on them).