Back in 630 (or so) B. C. when the ancient Greeks were, in fact, contemporary Greeks, there lived a man named Aesop who became the go-to guy for cautionary tales.

From that day to this, wee children have grown up learning life lessons on morality, like “slow and steady wins the race” and “it is easier to bend than to break,” in conjunction with the fables to which Mr. Aesop paired them. 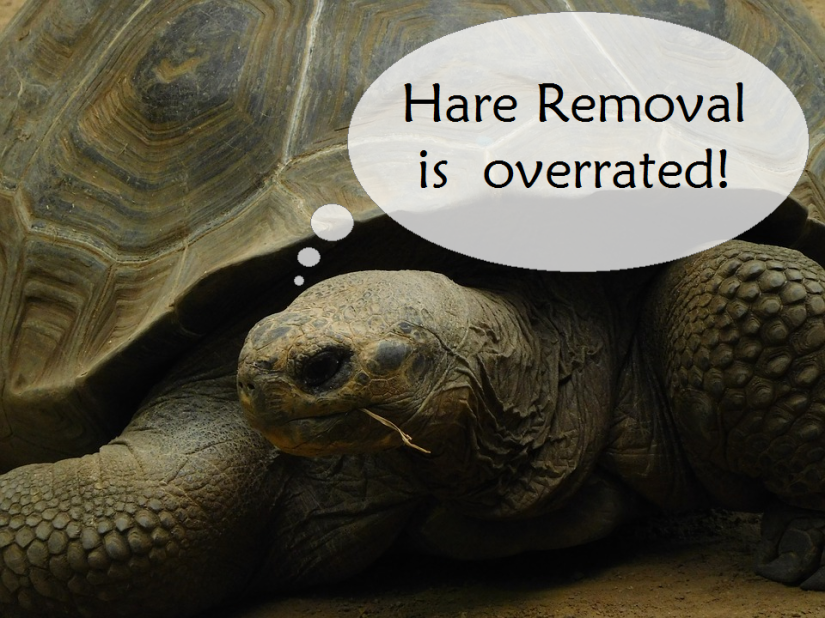 While Aesop’s fables are useful teaching tools, they are less entertaining than the tales told by unscrupulous story tellers whose primary concern is to entertain, not to educate.

There are exceptions to be sure, but when we start with a moral and work backward, the narrative generally feels forced. Our characters stop being friends with whom we go on adventures to unexplored lands, and they become tools with which we frame our preconceived moral and the tale we’ve written to solely to highlight it.

This past week, in mulling over the differences between cautionary tales and the tales told purely for entertainment’s sake, I came to an astonishing conclusion:

Here in America, “Happily ever after” has replaced the Aesop-style moral as the obligatory end of our stories, especially in genres like romance, kids,’ and action adventure.

A sociologist could better unpack the cultural impact of excluding endings other than “happy” from our narratives, but here are my main gripes with this course of action:

–It hurts the reader / listener of the story, when it sets up unrealistic expectations in art and life, if that’s the only kind of story he or she ever hears.

–It hurts the teller of the story, when his characters become limited in their ability to wander around and end up somewhere interesting, because “happily ever after” is a foregone conclusion. On top of that, whatever stakes the storyteller hoped to establish early on in order to make the audience care about his characters automatically go down, if there’s no chance the hero can fail in his quest.

Now, I’m not a nihilist (at least not when it comes to storytelling). If I was, I’d go all hyperbole on this topic as a metaphor for life, like that kid from high school with the Anarchy T and the dog collars.

(I can say this thing in self-mockery. I too am something of a goth kid)

And yes, it’s true that all stories end just like all lives end, but there’s no consistent way in which we die / end our story. If we could see it coming a mile away, wouldn’t most if us view it as a corny, awful cliche and take steps either to hasten or avoid it?

On entertainment platforms elsewhere on the web, they grieve the tendency of Marvel movies to deny the audience closure by faithfully ending each movie with a teaser for the next movie.

But that might be the most realistic thing about the whole damn Avengers franchise! How often in our lives do we get our wrongs righted, questions answered, and much-needed assurance that we will make it? Generally, we can get 2-3 of our biggest looming disasters under control just as another, bigger one pops up on the horizon.

I realize this is not a universal problem people have with their stories. This is merely my struggle to embrace “happily ever after” as the way stories should, with out exception, end. So feel free to take anything I have to say on the subject with between 1 and 40 grains of salt. But it’s a problem with which I’ve wrestled for a fine, long time. In school, I was fascinated with biographies because there are so many absurd circumstances in which humans regularly find themselves, and they don’t always have sad or even satisfactory endings. We just wrap them up where ever we can. 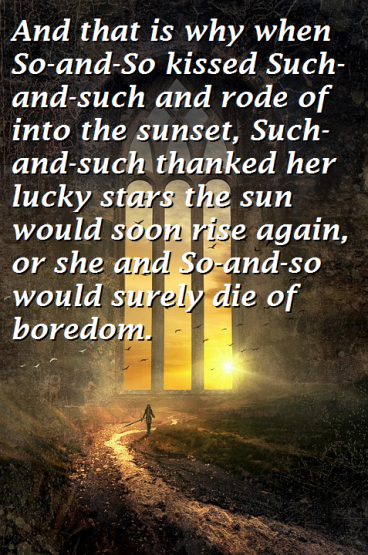 I also I’d rather the pendulum did not swing the other way and bring us nought but writers who crank out tragedy after tragedy. I love my Hamlets and my Deaths of a Salesmen as much as the next guy, but a steady diet of that would turn us all into sulky poets with true-and-sincere death wishes. I just think we’re cheating ourselves out of some powerful storytelling, if we constrain ourselves as writers to happy endings and nothing else.

For amazing examples of stories that end on a note that is simultaneously happy, sad, and hopeful, here are some favorites of mine:

Yes, I know, it’s a movie list, not a book list, and some of these movies have been declared terrible by experts, but as a child, it was “happily ever after” movies that messed me way-the-hell up, not books. Novels and plays were – and still are – a pretty solid refuge for satisfying, if not happy endings (see To Kill A Mocking Bird, Great Expectations, The Hiding Place, Where the Red Fern Grows, Roll of Thunder Hear My Cry, Summer of the Swans, and The Great Gilly Hopkins for a bittersweet taste of my childhood reading experiences).

So to any authors out there who generate these kinds of satisfying, not-necessarily-happy endings in fiction, keep it up. I promise there’s an audience for it. If anyone has ever led you to believe differently, bear in mind, the editor who eventually took on Moby Dick unironically petitioned Melville to make Captain Ahab obsessed with a woman, not a whale.

I’m pretty sure that’s all I got for you today. Persevere, and write on, y’all!