Skip to content
July 9, 2019July 9, 2019 sp3akofth3d3vil
https://youtu.be/nOBJT9uvMLQ
If your novel is newly started, well-underway, or nearly finished, you may be looking ahead to the day you aim to sell your book.

While an excellent novel is always the goal, burgeoning authors may feel constrained by the pressure to craft the perfect first chapter, the perfect first page, the perfect first paragraph, or the perfect first word.
Strong beginnings seem especially freak-out for those who seek a traditional publisher for their books because those who pitch an agent or a publisher will get only 1-3 chapters in which to make an impression.
This is not an exaggeration. My buddy, the indie publisher, says she knows within the first 5 pages whether or not she wants to sign the author.
So between the first chapter, page, paragraph or line, which of these monumental firsts should we stress ourselves out about perfecting above all the others?
Um, none of ’em?
I mean, you need good to impress an agent, but how well your book sells will likely have more to do with the quality of the cover and the back-of-the-book blurb than a kick-ass opening line. 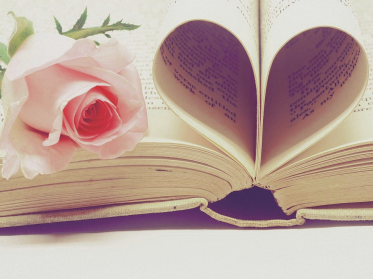 That said, what we a readers hope to find in a book is the same thing an agent is hoping to find in a book:  that love-at-first-sight feeling instilled in us by a well-crafted story that connected with us in some way and will be a book worth re-kindling a romance with 10 years down the road.
Experts dispute how long it takes for a reader to fall in love with a novel, but in my own experience, the novels that most likely make me love them will do so with paragraph one or even line one.
“There was a boy called Eustace Clarence Scrubb, and he almost deserved it.”
—The Voyage of the Dawn Treader
“Mr. and Mrs. Dursley, of number four Privet Drive, were proud to say that they were perfectly normal, thank you very much.”
— Harry Potter and the Philosopher’s/Sorcerer’s Stone
“It is a truth universally acknowledged, that a single man in possession of a good fortune, must be in want of a wife.”
— Pride and Prejudice
Like the back cover, believers in the first line of a book see it as a microcosm of everything that comes after it:
A herald for the coming of a book that will engage the reader, pose questions to which the reader will seek an answer, and keep that reader turning the pages.
*Bonus points if your opening line is less than a dozen words like “Call me Ishmael” or “All children, except one, grow up.”
Kick-ass opening lines are not a universal concern among writers. In fact, there are some writers who vary wildly on the quality of their opening lines book to book.
For evidence of this, check out Charles Dickens’s opening to A Tale of Two Cities:
It was the best of times, it was the worst of times, it was the age of wisdom, it was the age of foolishness, it was the epoch of belief, it was the epoch of incredulity, it was the season of Light, it was the season of Darkness, it was the spring of hope, it was the winter of despair.

Readers’ millage may very depending on their love of Dickens. Personally, I hate this opening so much.
Granted, Dickens was on a deadline, and his melodramas were published as a series, so there was no option to go back and fix things later on.
But this parade of comma-splice and contradiction is 60 words long and tells the reader little about the plot to come except that it’s writer has a good vocabulary and was likely getting paid by the word.
Now, compare the start of A Tale of Two Cities to that of A Christmas Carol and its tiny 7-word opening:
“Marley was dead to begin with.”
This streamlined first impression is all Dickens needs to plant the seeds of intrigue in the reader mind.
Who is Marley?

How did he die?
“What might his death mean for the living among characters I haven’t met yet? And why don’t more Christmas stories kick off murder-mystery style with a dead guy at the start it all?
That said, there are some masterworks out there that kinda hook you with the first line, but they don’t actually reel you in until the second. For the most famous example of this that I know, take a look at the first and second lines of Huckleberry Finn:
You don’t know about me without you have read a book by the name of The Adventures of Tom Sawyer; but that ain’t no matter. That book was made by Mr. Mark Twain, and he told the truth, mainly.”
-In line one, a first person narrator with a colorful dialect reminds us he’s that kid from that Mark Twain book.
By line two, this narrator challenges Twain’s authority and let’s us know this is going to be a different book. 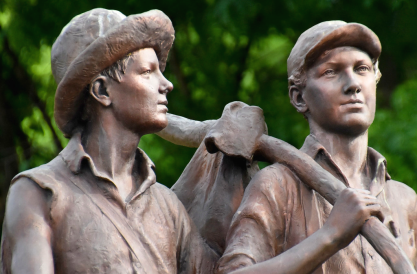 So to sum up my cynical opinions on the subject…
What gets a book and a reader together is not what keeps them together.
Yet, like a tawdry romance that blossoms into a life-long love affair, the sexy cover is
what catches our eye.
What’s on the inside is what makes us take it to bed with us more than once. 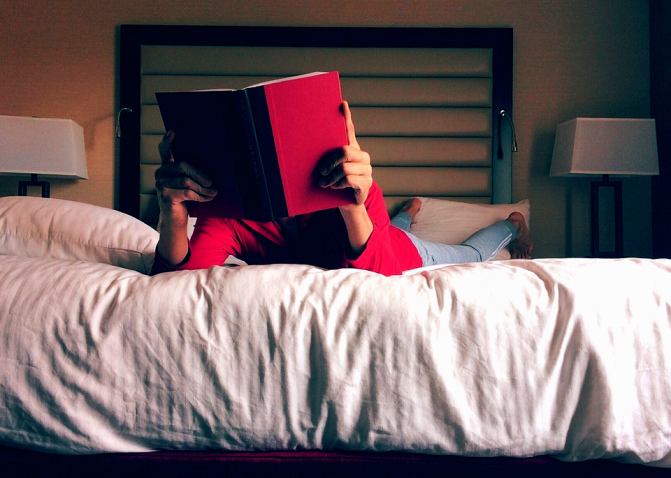