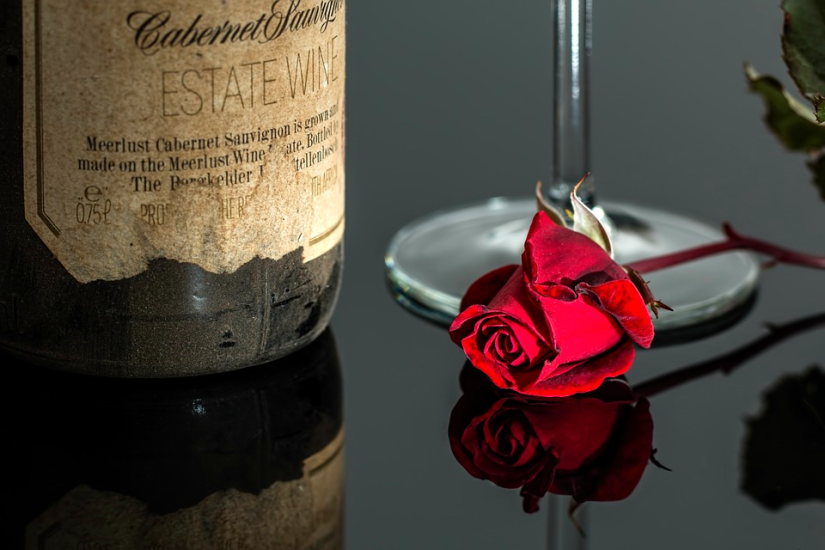 Contrary to the opinions of certain, not-me cynics out there, artists (yes, even the actors) are human beings. As such, some of them gravitate toward drugs and alcohol for reasons of their own: mood regulation, the killing of pain, plain-and-simple habit.

Substance abuse is so common in the artistic community it is the second leg of the misbehavior triangle of sex, drugs, rock-and-roll

However, I am by no means a tea-totaller, and this video is in no way meant to be a temperance lecture.

What I would like to talk about is a specific kind of artsy type who believes he is a better artist when he partakes in his drug of choice. I use the pronoun “he” because in my experience, this artsy person is usually a man, but if your societal cross-section is different from mine, feel free to tell me about your experience in the comments.

While I am not an expert on addiction psychology, my own experience with alcohol has been a colorful one. I would therefore like to tell you a little about my own story as it relates to substance abuse and the arts. From there, you are welcome judge my hypothesis sound or unsound and conduct your own experiments.

Back when I was a wee baby author, I spent a couple summers learning how to better sell novels at convention-style venues. I did this by working a booth at various outdoor events where I sold both books and trappings related a drink called absinthe. 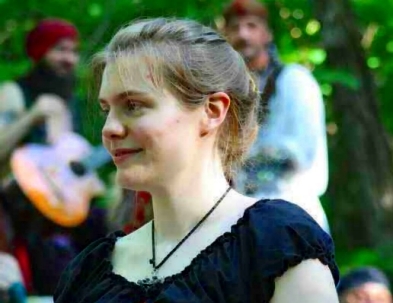 Yes, some of those venues were Renaissance Faires. And yes, that’s me in the costume.

Anyway, for those of you who have never seen Moulin Rouge or Francis Ford Copella’s Dracula (the one in which Gary Oldman’s hair kind of looks like a butt), Absinthe is a green, alcoholic drink that is historically distilled with wormwood: an herb from the Artemisia family that is synonymous with taboos, bitterness, and a heavy influence on the art of 18 and 1900s Europe.

The credit / blame for the origin of absinthe actually goes to the Swiss as some point in the 1700s. But they knew better than to drink the stuff for fun.

Later on in the1800s, the French got hold of it and started drinking it for recreational purposes (a story, by the way that mirrors pretty completely the way Germans and Americans are inclined to consume Jagermeister).

Later still, in the early 1900s, someone had the good sense to outlaw the stuff, and for closer to a century than a decade, Absinthe was banned, leading laymen who had never tried it to believe the lawmakers were trying to cover up a good thing.

In 2006, someone in America remembered “Gee, absinthe is expensive stuff. We could totally make money on it!”

So the absinthe ban in the United States was repealed which led to distilleries specializing in its manufacture and ultimately… to my questionable summer employment adventures.

So Absinthe doesn’t actually taste very good. If you’ve never had it and don’t want to pay $17/glass at your local absinthe house, picture a good, stiff cocktail made with Sambuca and Everclear.

Because of Absinthe’s off-putting flavor, part of my sales pitch involved pointing out how it was the favored drink of painters like Vincent Van Gogh and Pablo Picasso as well as musicians like Erik Satie and authors like James Joyce, Oscar Wilde, and Ernest Hemingway.

Like tarragon, mugwort, and other, less terrible-tasting herbs in the Artemisia family, wormwood is a mild neuro-stimulant. So in addition to getting drunk on absinthe, some consumers report feeling more creative, seeing brighter colors, tasting tastier tastes, and various sensory side-effects that could sound intriguing to the artist in search of inspiration.

When my summertime sales gig turned into a web maintenance gig on the off-season, I gagged down the company absinthe and made art while under the influence in hopes of getting some jazzy pictures with which to decorate the website. 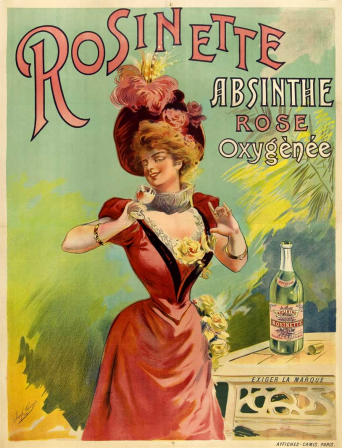 I learned some hitherto unlearned and unpleasant lessons about alcohol consumption and the art I was inclined to generate under its influence:

2. The sensory affect is kind of a thing (?) It never turned Metalacolypse into Fantasia, but I did spend a little to much time on a particular absinthe trip staring at the TV screen going, “You know, Murderface’s Eyes are truly green. I can’t believe I never noticed how green Murderface’s eyes are.” That said, I wasn’t an especially seasoned drinker when I made those observations. Having now gotten a little more experience with other kinds of alcohol under my belt, I have a hard time isolating in my memory what was “Artemisia-infused Euphoria” and what was… just my getting drunk.

3. Adding alcohol to my art made me less inclined to do art if I wasn’t drinking. This led both to less alcohol and less art for me, but if I had been doing art for a living, I could have easily fallen into a toxic daily ritual.

So, to sum up, alcohol as a tool for the generation of better poetry, paintings, or symphonic works is less effectual than talent and practice.

While addiction is a painful, potentially deadly thing with which to wrestle… absinthe would not be my drink of choice. If you’re inclined to self-medicate, here are oodles of substances out there to abuse that are tastier and less pricy.

And sometimes you have to dress like saucy wench to sell your boss’s shady merch.

Thank you for stopping by the website. If you’d like to take a look at a video remarkably like this article with some extra pictures and my goofy voice in the background, check out the video version of this post at https://youtu.be/I22DdKwf4Ws