Most of the long-standing fantasy traditions we’ve come to know and… accept – the uncanny length, the exhaustive world-building, and the suspicious resemblance to historical events for authors who swear up and down that they disagree with allegory in all its forms – they all originated with one guy: that first world-famous dispenser of fairy tales for adults, Mr. JRR Tolkien.

Most of the standards he set were not horrible, although The Hobbit’s endless songs get a little old, and it is disheartening when publishers deem your fantasy novel “unsellable” if it is less than 100,000 words.

And yet, the most obvious area in which post Tolkien fantasy still has lots and lots of room to grow is in the realm of diversity, because JRR Tolkien was a religious pale male whose fantasy epics reflected a certain world view: creamy on the inside, dark on the outside and not for girls.

However, if someone were to send a Ouija-gram to Mr. Tolkien in the Great Beyond and asked him if he was racist and sexist, I doubt he would think he was either. 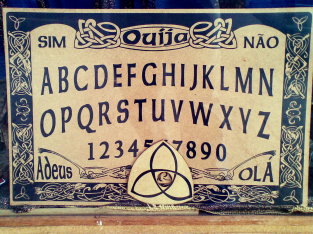 See, among the social diseases, racism and sexism are kinda like STDs. Lots of folks who have them don’t necessarily KNOW they have them and tend to spread them without realizing it.

Defenders of Tolkien and his work tend to site this apocryphal story that gets passed around the internet from time to time about how the Nazis didn’t like Mr. Tolkien because he said something nice about once Jews when they courted him about the use of his stories as a possible propaganda material.

But if the Nazis saw in The Lord of the Rings a story for them – say, of one race suppressing another race with the help of some unlikely allies by means of an epic war in which women (with one or two, notable exceptions) are naught but tertiary stakes in the hero’s mind – it’s not the most illogical conclusion they could have jumped to.

Anyway, one unfortunate phenomenon that makes racism and sexism particularly hard to kill in fantasy is the fallacy that GOOD fantasy must be based in history, and that history (at least among folks with European backgrounds) uniformly favors the pale male. 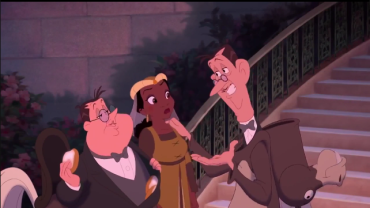 You know that uncomfortable scene in The Princess and the Frog where evil white land owners tell the young lady in the princess duds she cannot princess because “black”?

If that happens less than 40 times a day at the Renaissance Faire, I’d be pleasantly surprised.

First of all, women, persons of color, and non-cisgender humans have always been here. They just didn’t bother the bigots much when they were oppressed so thoroughly, they would not dare ask for fair treatment.

Second of all, it’s FANTASY.

I’m sorry to say this part did not click with me until it was pointed out to me by a more experienced writer than I was, but fiction that is based on history is its own genre.

If dragons, wizards, crystal balls, and towers atop which a giant Visine ad can glower at the populous Big Brother-style seeking the one true ring, why would it not be okay to have one or more dark person who’s not evil or as many as 3 powerful women in your fantasy realm of millions?

You could replace the he ents with cigarette trees and the craggy cliffs of Mount Doom with the Big Rock Candy Mountain, and it would not be any more or less legitimate fantasy than that which Mr. Tolkien wrote.

I realize this is sacred territory for some readers, and I promise, I don’t hate Tolkien-ian fantasy.

I just think the guy who did it first might not be the one who does it best. 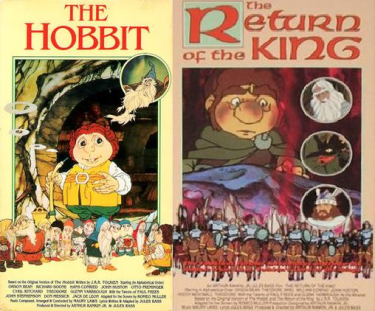 My favorite Lord of the Rings anything – movies, books, whatever – are actually the old-ass Rankin and Bass anime versions of The Hobbit and The Return of the King. I will concede right now, they were my first taste of anything Tolkienian, and I am therefore unreasonably biased in their favor, but objectively, the animated Return of the King has something going for it that no other version does, including the books of epic scope.

See, Tolkien didn’t much care for his orcs. In addition to describing them as looking like your “…least lovely Mongol types,” he didn’t give them much agency outside whatever the Dark Lord wanted. They didn’t choose sides or question things. They were killing machines born and bred to bring the wrath of Sauron down on Middle Earth and not much else.

Therefore, the good guys never had a question of conscience about killing them because it’s not as though they had families or feelings or anything to go home to.

Then, the Japanese got a hold of the story and animated for Frodo Baggins, the ring-bearer of destiny, a dream.

I am usually not a fan of dreams in narratives. Writers like them because they think its an elegant slight of hand they can use to sneak some foreshadowing past the reader, but if your reading tastes are anything more complicated than a Little Golden Book, you can see what the writer’s up to a mile away and feel insulted that he slowed down the narrative with his BS.

Frodo’s dream is not BS. Here is why.

Shortly after he escapes a bunch of orcs who had tortured him in effort to get information about the one ring, Frodo dreams that he and Samwise are walking down a country road on a beautiful Hobbiton morning.

On this same road, they see a pair of orcs at work in the field, at which point Frodo and Sam wave to the orcs, and the orcs wave back.

This scene has brought me to tears more than once because in Frodo’s dream world, he does not seek vengeance on the orcs.

The picture Frodo carries in his mind of an unbroken world is one in which the orcs are his neighbors, and they are on such friendly terms with the Hobbits, they smile and wave when they pass each other by.

The point is this happy little jaunt into diversity, compliments of a fantasy realm was brought to life by cunning anime-tors 40 years ago.

If they could give one fantasy race the empathy to want good things for their antagonist fantasy race way back in 1979, in the context of Tolkien’s own work…

Sorry, fantasy fans and lovers of the pallid patriarchy.

The times, as they say, are a-changing.

Have a splendid week, and try not to write all the wrongs. Your editor will thank you 😉